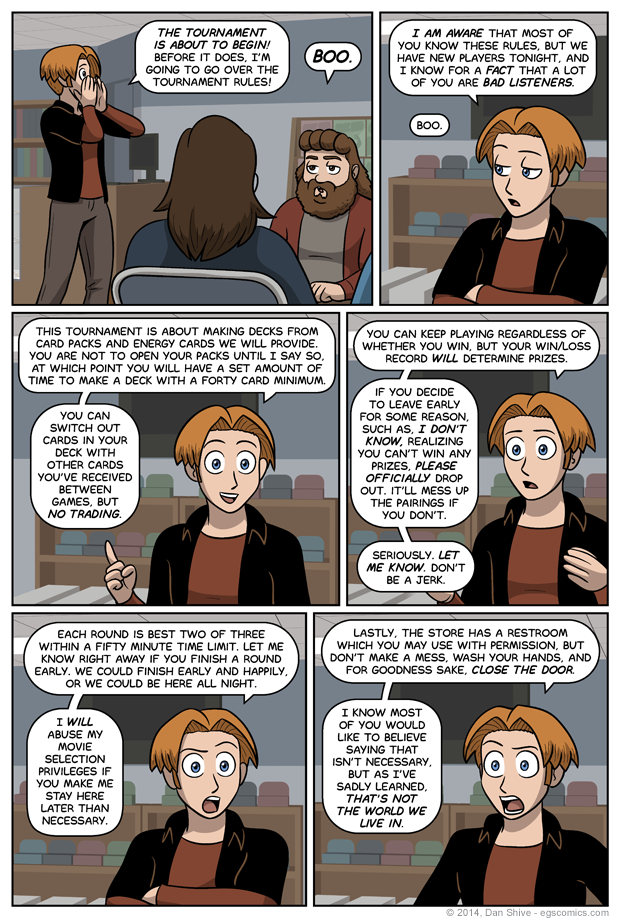 The only thing in this comic that comes close to being comedic hyperbole is the threat to abused control over which movie is being seen. The whole "there's a movie or TV show playing on the shop's TV(s)" dealie is based in reality, certainly, but I've never personally witnessed a comic shop employee using it as a bargaining chip.

Aside from that, people reacting with impatience in response to the person running the tournament going over the rules? Seen it. People leaving early without telling anyone, thus messing up pairings? Totally happens. People dropping out early specifically because they can't win any prizes based on their win/loss record? Yep. People not reporting there results and putting it off to the point that the only reason the round didn't end early was because of them? Definitely.

As for the last panel, it's based on actual pleas prior to tournaments and anecdotes shared by shop owners at other times. There's a reason some businesses are wary of letting customers make use of such things, and one of the reasons for George getting upset and saying "that's what the Burger place is for" back in New And Old Flames.