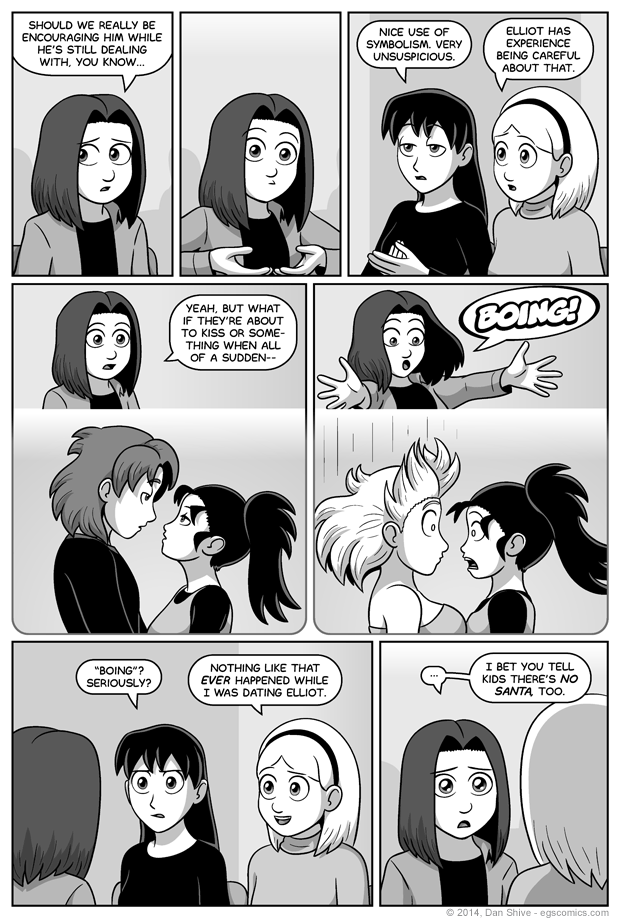 - Something sort of similar happened, but a far cry from "boing" seeing as Elliot knew he had to transform

In the first draft of this comic's script, Tedd presented a scenario where Elliot transformed while in the act kissing Ashley. I liked the idea, but it ocurred to me that I really didn't want to show Elliot and Ashley kissing. I'm of the opinion that if there's a possibility of two characters actually kissing and that it's something people might look forward to seeing, then the first time it's seen (or, at least, seen clearly), should NOT be fantasy. I've watched TV shows that have done things like that, and I've never liked it.

This opinion also had an impact on an earlier comic when Elliot incorrectly remembered his dream with Ashley being in it and is why it's not the kissing panel being recreated.