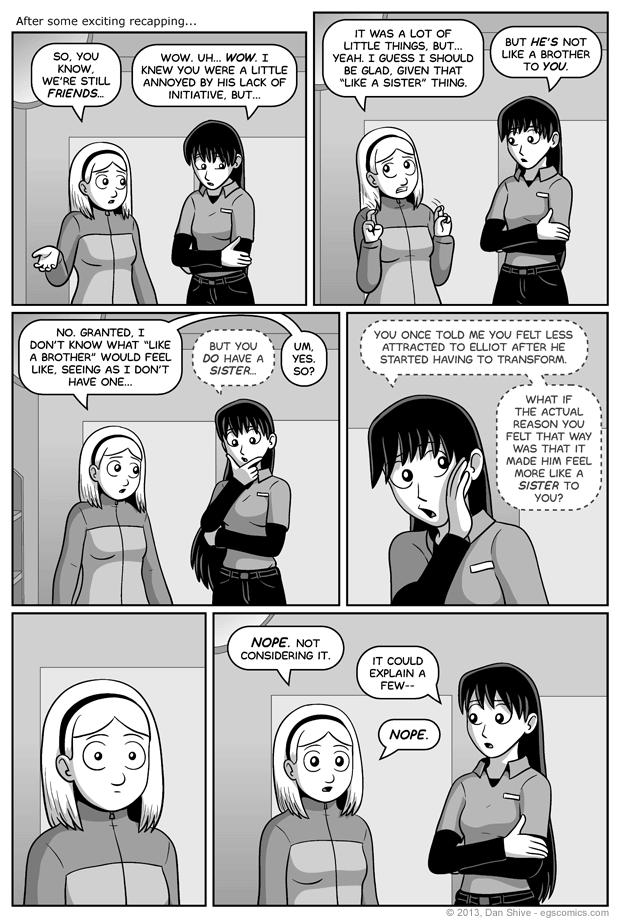 I knew as far back as Hammerchlorians that I wanted there to at least be complications with Elliot and Sarah's relationship, if not an actual break up. I originally figured that Elliot's transformations would play a bigger role in said complications, but that fell aside in favor of more naturally occurring relationship issues.

While I feel that's for the best, it did mean that the matter of Sarah finding Elliot less attractive didn't really amount to much of anything. The same day I made this comic, however, Susan's question occurred to me. It was the middle of the day and I hadn't planned on this being the comic for today (how could I have? The main point of it had only just occurred to me), but once the question was there, this comic had to happen.

I'm honestly not sure if Susan's on to something with that question, but I feel a small bit of closure as a result of her asking it.