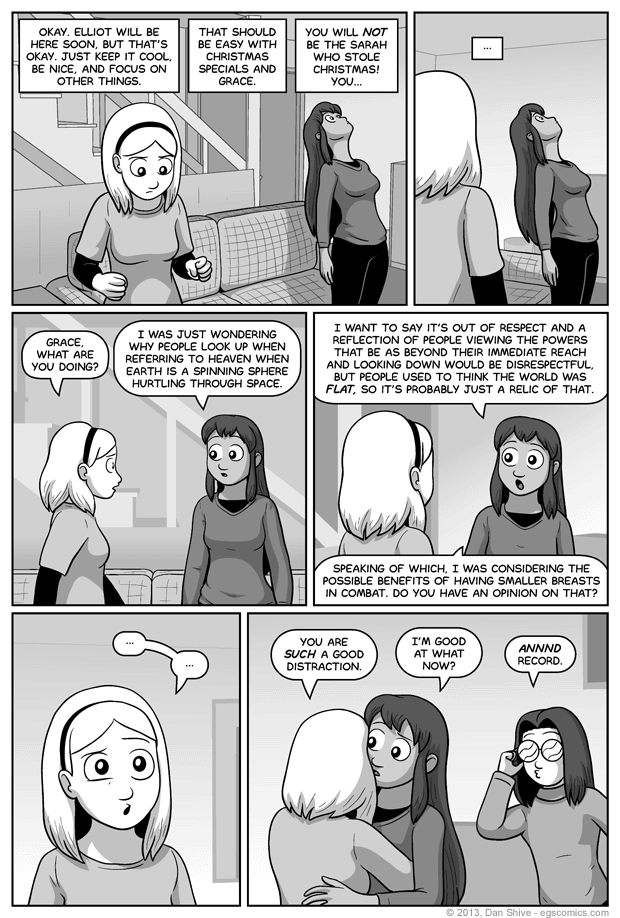 So... Wait, which "which" reminded you of that, Grace? Heaven? Astronomically large spheres? What?

One thing that's fun about writing for Grace is that she's naturally inquisitive, and it's a trait we share. Any random question I have about the world around me has the potential to wind up in a future comic with Grace, as was the case here.

Just in case it wasn't clear, the basis of Grace's question in this comic is the idea that if there were a specific location to look at from Earth, but the Earth never recovers after its own New Years Eve parties and just keeps on spinning around the sun, then the specific direction one would have to look to see that location should be constantly changing. One example would simply be trying to look in the direction of the moon at noon.

Personally, I like Grace's answer. It can basically be re-interpreted as "what are you gonna do, look at your feet? Those ain't paradise."