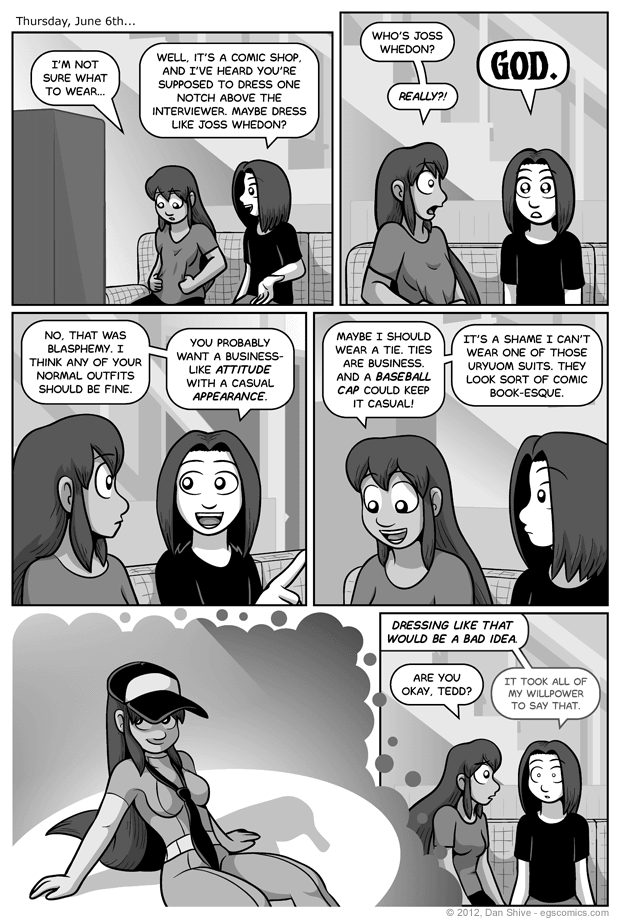 I'm not sure if The Avengers movie exists in the EGS universe yet, given it being a different universe and all that, but we CAN confirm that he's seen Firefly. I guess he really liked it.

When writing this comic, I decided to ask myself what I would wear to such an interview. I would probably go the Elliot-route, i.e. dressed nicely with a tie (the tie says "look what I'm willing to subject myself to in order to get this job") unless warned by someone I trust that doing so would result in a scene out of Pirates Of Silicon Valley.

You know, that scene where Steve Jobs acts like a jerk because some poor guy trying to get a job dared to wear a suit to a interview. You remember that scene, right? He was ranting something about artistry and vision or something?