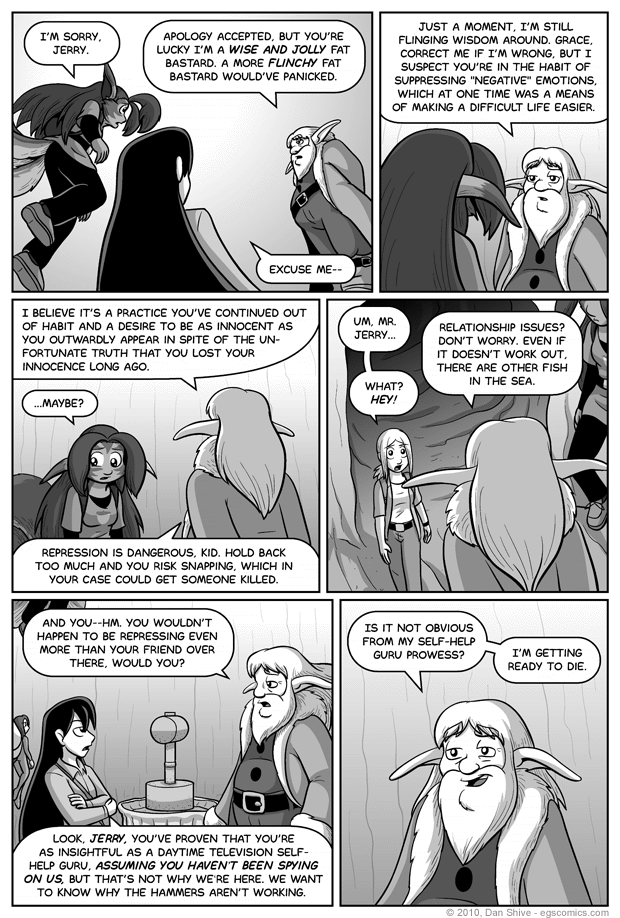 There's a certain amount of irony to this group of comics being labeled "Bringing Silly Back". Yes, it's mostly accurate, but it's destined to address the subject of death more often, and more directly, than any previous group of EGS comics.

Is there a certain irony to my reading Susan's delivery of "Jerry" as Jerry Seinfeld would say the "Newman" part of "Hello, Newman"? "Irony" is probably the wrong word to use, but it seems to fit. Hooray for the bastardization of the English language!

I was tempted to have Susan bring up Dr. Phil, but I figured this was more universally understandable and there was the very real risk of people interpreting what was being said in such a way as to believe that I was complimenting Dr. Phil. That simply could not be.