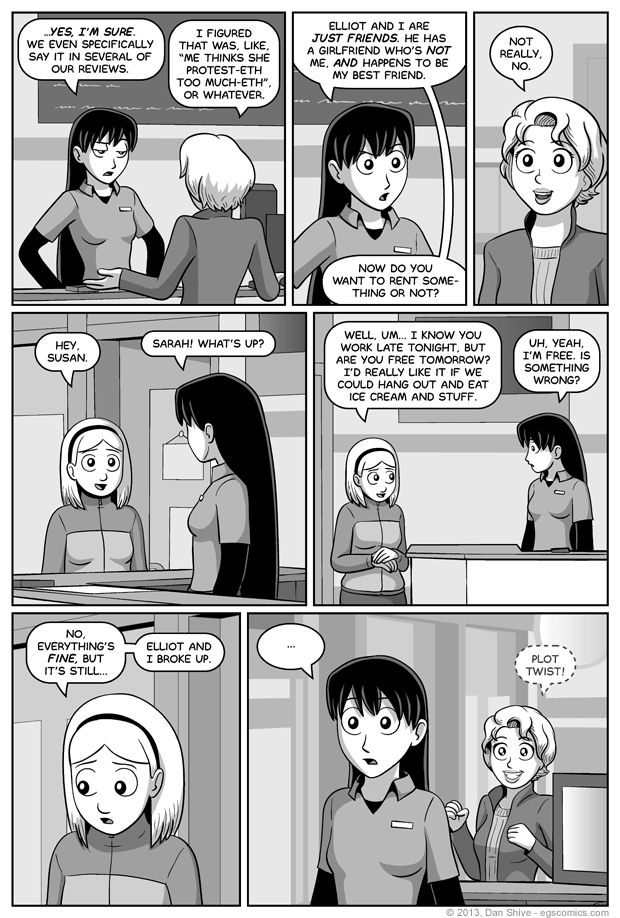 In the interest of full disclosure, this comic wasn't technically posted on time. Technically speaking, however, time is an illusion, and it was only late according to our limited perception of reality when, in truth, this comic always was and always shall be.

I don't have a name for the young woman who ships Susan and Elliot, but she's been in the comic before (here and here). I tend to refer to her as simply "the Star Trek fangirl", which seems weird given that she shares a universe with Susan. She amuses me, however, so she's likely to show up again and get a name at SOME point.

I suppose it's entirely possible she liked Star Trek for the shipping potential... Maybe I should name her after a ship? I don't know, but this means something. This is important.