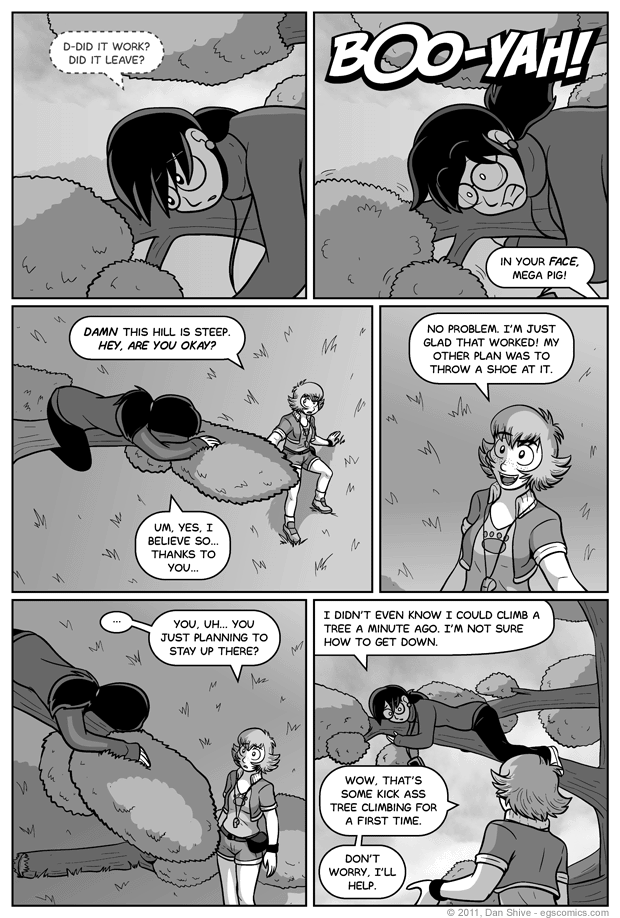 I have no anecdotal evidence to support the viability of scaring off a large, angry boar by throwing a shoe at it, but I think it would work.*

I considered giving Rhoda a history of being treed by various small, non-threatening animals, but I decided to give her past greater dignity than that. Besides, she can always get treed by a miniature poodle later. Not a normal-sized poodle, heck no. There's no shame in getting treed by one of those things. Don't let the fluffy coats and their goofy haircuts fool you. I've heard that poodles are among the more vicious of dogs.

Of course, it's entirely possible that poodle was lying to me.