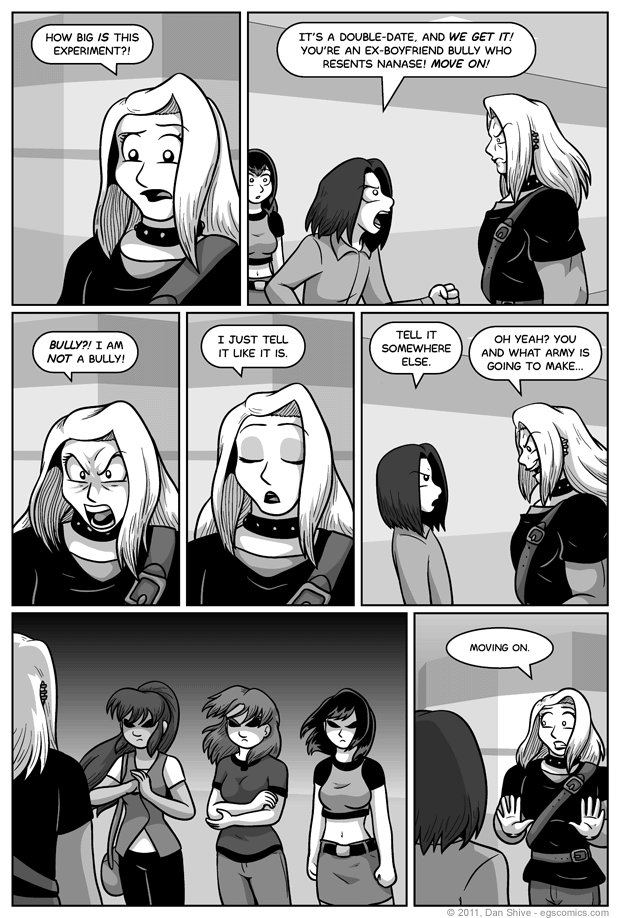 Posted September 29, 2011 at 1:00 am
- I wouldn't spend too much time speculating about what sort of magic is going on in panel six

It took all of my willpower to not tweet "this is the biggest chest I've ever drawn" while sketching Gerald in panel two. I'm not even sure if that's even true or not, but seriously, that is one beefy goth.

Speaking of Gerald, raise your hand if panel four reminds you of anyone you've met in real life. Yes, yes, I know I won't be able to see you do it, but if you're reading this in class, then there's the possibility that I just tricked you into volunteering to answer a question when you weren't paying attention, and that's just awesome.

What? I'm allowed to occasionally be evil in these commentaries.

Look! I remembered Grace's purse in this comic! Except... wait. She's all ready for combat, and yet she's not wielding it like a weapon. What's up with that? That's the REAL reason women carry purses, isn't it? To hit people with them? I always just assumed the reason my friends' purses were so heavy was because they had bricks in them.