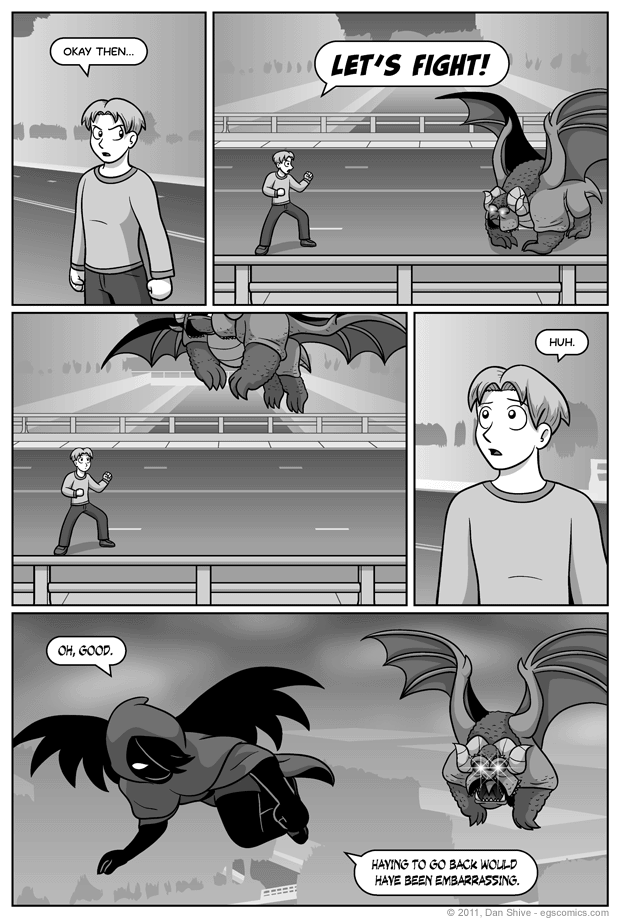 Posted May 16, 2011 at 1:00 am
See? Noah didn't abandon Justin to the dragon in the previous comic! He just made the potentially hazardous assumption that the dragon would follow him!

Granted, that doesn't sound great, but it has been confirmed that Justin is good at kicking dragons (even as a pony), so he presumably would've maybe possibly been okay for a bit on his own!

...Okay, yeah, Noah should probably get Justin an apology muffin or something for that one.

In any case, the dragon effectively forfeited by flying off, so Justin can now technically claim to have won a fight against a dragon. He'll have to limit any and all details to having kicked it, but that should still be useful conversational ammunition at social gatherings.